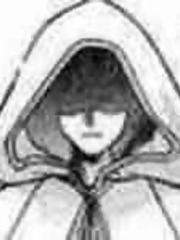 A Crossover by Flere821

between The Familiar of Zero and Sword Art Online.

The VRMMO Alfheim Online is summoned into Halkeginia, beyond anyone's expectations. Kirito, among others, have to work towards resolving conflicts of various kinds within and between these two worlds.

The author was inspired by TriggerHappy's

)'s Halkegenia Online. Some elements are also borrowed from Fairy Dance of Death

An author's note going into more detail on what's borrowed can be found at the beginning of the Fanfiction.net

version of Fae is Foul. It's featured there as part of an obligatory disclaimer.

Similarly, Fae is Foul can be found on Space Battles

version starts off on chapter 33 and ends on chapter 45. The author links both the FFN and SB versions for the previous chapters that weren't crossposted on SV.

It can be assumed that the author began publishing on SB, and that they then began uploading their work on FFN before uploading it on SV. Author's notes on FFN and SV point to this fact.