This is a massive Work in Progress. Help is much appreciated.

open/close all folders
Yuzuki Asahina
The player character. A producer working hard every day to make the I-Chu’s into full-fledged idols. She works as a producer but also as a teacher in the academy. 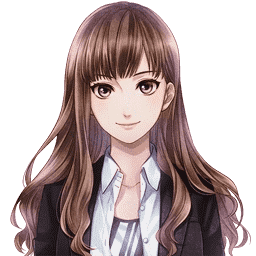 Yuzuki in her work clothes. 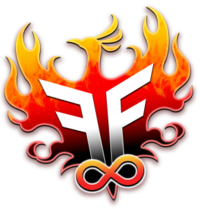 "Blazing flames from the flapping wings of a phoenix!"

Burning Phoenix!
Passionate Noble Idols!An idol group spreading its wings like the Phoenix! A noble route with bright and cheerful songs! The group consists of three members of varying character and age!

Born to a Japanese mother, and an American father, he was raised in America, and came to Japan when he was in Elementary. He and Noah are Childhood Friends. He's cheerful and positive, and came to Etoile Vio School to chase after his idol, Tsubaki Rindo.

Rising Model Mr. Stoic / The I-Chu That Charms You With His Walk!

"Because I'm older than Seiya and Kanata, I act like their guardian."

Originally a model, he was scouted by the academy to become an idol. A big brother-type of person, he constantly appears cool-headed and calm.

The pure boy with a cute smile! / An I-Chu that skips and jumps with his rabbit!

"This rabbit is called 'RabiRabi', ehehe!"

He used to work as an iKid at the same company that owns the school, but after a certain incident, he had to quit. Kanata didn't have much confidence becoming an I-Chu at first, until he was reassured by Seiya. A cheerful boy with a talent for dancing, he's also very compassionate. He's a bit of an oddball, as he's very attached to his stuffed rabbit doll.

"Two hearts playing the bell as one!"

The 'techno' unit (well, as techno as a vocal song can be). Twinkle Bell has the smallest amount of members (not counting old Pop'n Star before the addition of Runa Kagurazaka, and Momosuke Oikawa); at 2, with the prank-loving Kururugi twin, Satsuki and Mutsuki. They're in the 3rd Generation.

"Tone down my mischief? Ah, that’s impossible! It's my reason for living!"

Mutsuki's younger twin. He is a bit attached to his brother. He's surprisingly honest and forward with his feelings, so he can be really blunt or rude sometimes. He tries to play the pranks on the producer, but it's rare she actually falls for them. He became an idol to find fans that'd love to be pranked by him.

The sleeping prince Twin! / The I-Chu that sleeps for 10 hours!

Satsuki's older twin. He has always had a poor constitution, so he used to have only Satsuki to play with back in his childhood. Up to this day, he regularly takes naps. He only became an idol because Satsuki wanted to. Although he appears constantly sleepy, he's just as mischievous as Satsuki sometimes. He doesn't stop his brother from playing pranks, because he thinks Satsuki's pranks are cute.

I♥B is a 5-members band, consisting of boys all from different countries: Noah, Leon, Lucas, Rabi, and Chaoyang. They met through social network, and came to Etoile Vio Academy as a band. They play band music, with mostly refreshing sounds. They are in third generation.

Tropes that applies to the Unit:

The royal prince from America! / The handsome, two-faced I-Chu!

"My grandfather taught me how to play the guitar. After that, I learned all sorts of songs."

Seiya's Childhood Friends back in America. The two used to play in the rye fields in the countryside, after Seiya 'rescued' him from his mansion while thinking he was a girl. He has a princely aura, and is very intimidating when angered. He's one of the guitarist, besides Leon.

"I couldn't care less about being an idol. I'm carving my own path in life."

I♥B's bassist from France. His mother is dead, and his dad wasn't exactly excellent as a parent, so he mostly grew up with his grandparents. As a result, he is a cold, and unfriendly man. He often bickers with Leon, the band's left-handed guitarist, because the other is a 'player' in Lucas's eyes, and he really hates that sort of people. He's not interested in becoming an idol, he only wants to 'beat someone'.

Born in England, the country of gentlemen! / I-Chu's little rascal!

"Since England has so many tourism sites, I get to meet girls from other countries!"

The left-handed guitarist of the band. A flirtatious, energetic boy from England. He loves greeting cute girls he see, because it was taught as good manners back in his country. Due to his love of burgers, he's often thought as American from time to time, much to his chagrin. Due to their differing personalities, he and Lucas bickers a lot.