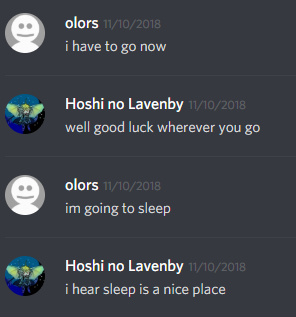 My sense of humor
Hey there, it's Skye! You might have seen me on other websites, or even my own website

I probably read the wiki more than I'll edit it, but I seem to enjoy fixing red links and grammar issues, and putting Trivia and YMMV in the right place. I really don't use the forums often, despite how addictive they're supposed to be.

I also created pages for Sally.exe Continued Nightmare: Eye of Three and Flutter Island. Please contribute to them.

The Tropes of Cheddar Pika

2.The Kirby Model from Super Smash Bros. 1. The game had a low budget so some of the models look, well, low budget. I love Kirby's because he is an octagon.

3.Dream Prince Corrin from Fire Emblem Heroes, who I put over a picture of cotton candy. He's also known as Kamui. So I could make the pun, Cotton Kamui.

4.An OC I made for an obscure webcomic called Spaicy. She's a flower deer who I named Lana.

5.A fanmade model for what is seemingly Porygon 2 from the Pokemon Gold Demo.

6.A dramatization of that thinking emoji from Discord that's really popular for some reason.

7.THE JOHTO BOI. A sprite mashup I made for fun.

8.A Sprite scene I made. Ray.exe is about to likely murder Ray.

10.A character I made called Bun, who mostly shows up in vent art. Here he's floating in one of my trademark night skies.

11,12,13.Some drawings of Tails I made to practice expressions. 11 is an inside joke between me and my friends in which Tails is a grape. 12 is an interested expression. 13 is Tails.exe.

14.A still from an episode of One Piece adapting Charlotte Linlin's backstory, that I think is funny without the context.

15,16,17. An edited sprite of Corrin from Fire Emblem Heroes. I added dragon parts to him. 15 is transparent. 16 has the bisexual flag in the background. 17 is a background and gradient I made up just to look pretty.

18.An owl that was shared to me by Keiron Cioran.

21.The only piece of official art I could find with both of them in it.

22.It's basically ship art. Pixel art icons by Amphany on Deviantart, except the heart, I made that. Was very hard to make into an icon.

23.Square Kirb, the new best Kirbo, he is perfect.

24.Shaymin, one of my fave Pokemon!

26.Dawnivine, inspired by a certain blog that does crazy Pokemon edits.

28.A cryptic picture of my Male Meowstic plush

31.A Photoshop edit I made. It says "Dr. Mario Cures The Disease Of Life". Also based on Dr. Mario's really pissed reaction to Joker's Eiha.

32.Another Photoshop edit I made by request of a friend.

33.I got this from one of those "personals edits" blogs and edited it to be an icon.

34.Something I made while playing around in Adobe Photoshop.

36.Marill but in clipart style that I made.

37.Dr. Marth after he learned medicine from Dr. Mario. A Photoshop edit I did.

41.Another sprite edit of male Corrin that I made, meant to resemble the Fallen Soul variant which is female.

42.From a weird picture of Ray the Flying Squirrel I drew where he stares up at a creepypasta version of him.

43.Anthro Snake from a color study I did.

44.A Snow Dragon I made, from another experimental piece.

45.Jigglypuff alternate In SSB 4 and 5 which I nicknamed Viola.

47.A picture of Adeline shared to me by Tropers/Crossover-Enthusiast.

48.A cute floofy shared to me by ElfenLiedFan90.

49.A drawing I made of Keaton and Kaden on a butterfly date.

50.An anthro Shaymin I drew based on a generated fan fiction.

51.The final evolution of the sunfish from Survie Mola Mola.

52.A sprite edit by twilight-princess on tumblr.

53.Everyone's best friend Rufley, a combonation of Robin and Rufflet that is basically a dumb inside joke with myself.

54.Keaton again? What a shock!

55.Some batpony thing I made with a pixel pony creator (Not MLP related)

56.It's Selkie but in an explorer's hat, and it's adorable.

58.Thumbnail for a Youtube video I made where a bunch of Eevees are involved in glitches and death

59.Summer Tiki with the most important weapon, watermelon

61.One of the glitchy Eevees from the video mention in 58.

62.A Gmod screenshot of a Swampert player model that is dead, in a bar.

63.A picture of Trixie, Dr Mario, Corrin, and Jirachi in an MLP themed cinema. From Gmod.

67.An unused sprite in Fire Emblem Fates of a female wolfskin. I think it's unused anyway.

68.Corrin in Gmod but she has a crossbow and has killed someone.

69.Every Corrin in Fire Emblem Heroes.

70.An inside joke where Keaton is a Littlest Pet Shop and Fire Emblem Heroes is doing a crossover with LPS.

71.An Eevee shared to me by someone... I can't remember who.

This Troper Contains Examples Of:

Tropes I think should be on a page but I can't actually put them because it breaks the rules...

Black-and-White Morality: Most of Tumblr's userbase

Video Games
Television
Graphic Novel
(There should be more, but I can't remember them all.)
Movie
(Again, probably more, but I have a bad memory.)