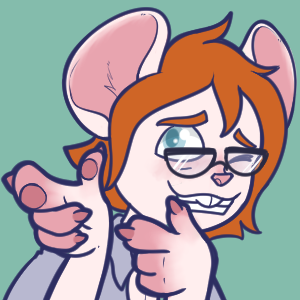 A man is sifting through piles of dusty trope pages and works. He looks up when he spots you, and smiles.

Hey there, I didn’t hear you come in! As you can see, it’s been awhile since I was in here, and I just thought I’d tidy things up a bit. As long as you’re here, it’d be nice if you’d help me out, and I’ll tell you a little something about myself as we do.

I’m The Great Unknown. Why do I go by that? Good question. Let’s just say that now it’s because, well, there are far too many things that are obscure and unknown out there. They’re also great! Hence, it’s my desire to show them off to, well, anyone who’ll possibly listen!

If you want basic details, it wouldn’t be fitting to give much away, but I’m a male from Pennsylvania who’s old enough to know better but young enough to not care. And yes, I know that’s an old joke.

A couple things you should also know:

Anyway, that should cover the basics. The rest is for you to find out! I mean, if you care. If not, I’ll just be here, quietly editing things and not-so-quietly playing forum games!

Here are a few examples of the pages I’ve started:

A Few Especially Good Friends I've Made Here
Note that not being on here yet doesn't mean you're not a friend!

And finally, since I do talk about her a lot, here's some information about my favorite original character, as written by myself. 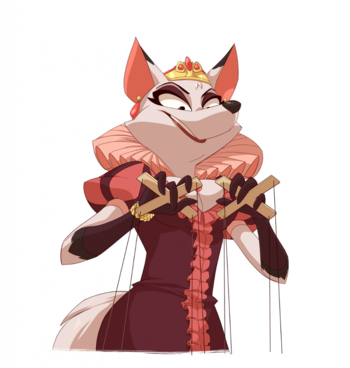 Read her description? She knew you'd do that.

Nakhta de Renaudnote Pronounced KNOCK-tuh deh Reh-KNOW is the Queen of Vulland, a Funny Animal kingdom in a Western European style setting. Her distinctively white-furred fox royal family tree stretches back some 1000 years, though it's rare that any one monarch gets to enjoy the position for long with all the infighting, assassinations, and coups over the years. Nakhta's father was one such wily, long-reigning monarch, and even though she was the youngest of five kits, she was the favorite and learned everything she knows from him. Like everyone in the family, she's not entirely well, acute paranoia that strikes from time to time and an absolute compulsion to scheme and plot being just two of her many issues. She was never expected to actually rule, though, until a tragically-timed accident at sea cost the lives of her mother, father, and all her siblings, leaving the just-adult vixen in charge. Once Nakhta has something, she's unwilling to part with it, particularly power, and only time will tell if she's capable of holding together such a fractious kingdom...

Nakhta was, as you might guess, largely intended as a Deconstruction of various villains across the Redwall series. They're all Stupid Evil irredeemable monsters, but does that really make sense? Do they deserve No Sympathy for being raised by an evil family with no real chance to be good? Even if they're not, is it realistic for them to be pure evil and their relatives pure good? These are just a few of the questions raised by the series, and Nakhta is an examination of what it might look like if one of them were the protagonist instead.

An Alternate Continuity version of her appears in the upcoming visual novel The Pirate's Fate!

I do have some others. A lot of others, actually. Here are a few of them in no particular order. Keep in mind, these ones have basically Loose Canon that can be fit into other kinds of stories, unlike Her Majesty up there. 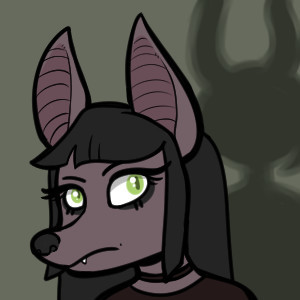 Let's talk about demons. They do vary quite a bit. In this version, its own universe unconnected to the others, they're creatures living on another plane of existence, on which exists Hell. Demons are natives to that plane, some of them working for the Infernal aristocracy (who are devils). They are made of emotion, and by definition that's negative emotion, classified according to the Seven Deadly Sins. The more powerful one is, the more of an Eldritch Abomination it is, and the less relatable to mortals.

This brings us to Isolee, who is almost indistinguishable from a mortal. Just one more thing for her to angst about!