When voting a troper must specify the effort post they're voting on and cannot merely vote on "Everything I missed" as in the past it has indicated the poster didn't read the effort post and is guessing instead of analyzing.

In general, a character listed on this trope is considered "settled". This means they should not be challenged unless information used to list them was incorrect or information was missed in the initial discussion.

However, when re-litigating a candidate, the same rules apply for when they were originally proposed. If they do not have five or more upvotes than downvotes for approval upon a re-litigation, including votes from the initial discussion if they do not change, then they are a cut.

This especially applies to the characters listed below, whom have been discussed excessively and repeated attempts to get them listed/cut may result in punitive action for bogging down the thread.

Definitely not an MB

Yes to BT, and I think Ravok is fine doing two write ups in this case since we're loosening our standards on DOTW around here.

43110 And you will shed tears of scarlet. from Mars Relationship Status: I only want you gone

Yes to the Tarantulas & Lady Luck. Great job lads! Go for it as well Star!

Youre not gonna slow it, heaven knows you tried. Got it? Good, now get inside.
Snowy66

Also, with MB image suggestions. Would this work as a DC comics image? 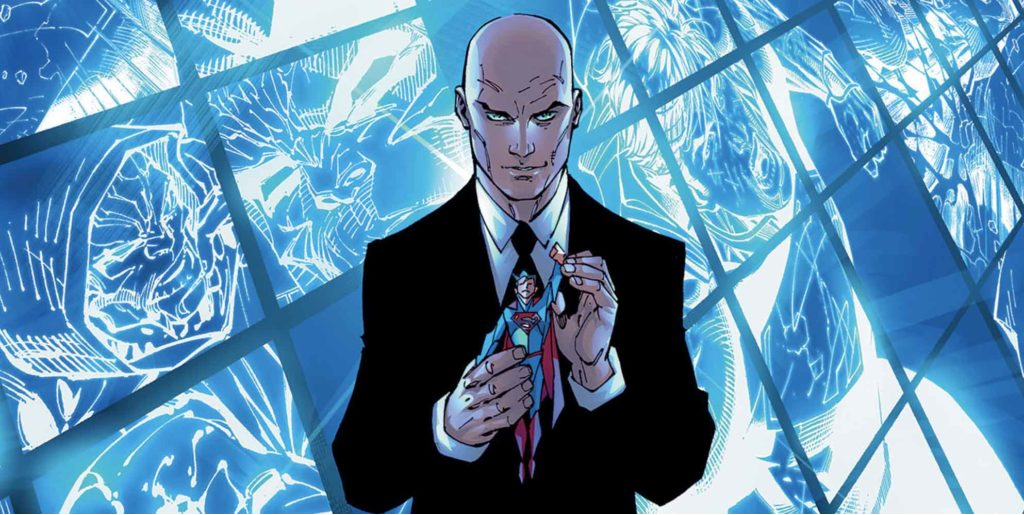 Isn't that a cropped version of Luthor from Villainous Reputation?

Everyone look at my sandbox
STARCRUSHER99 The rogue demon hunter from one of my unhealthy obsessions Relationship Status: Married to the job

I like it for the Image Links page. Unfortunately it won't work for the main one, but we can duplicate images for an image links page, so I say go for it there

And yep to tarantula and Lady Luck, great work all!

I have, in fact, faced two vampires myself. Under controlled circumstances, of course.
Ordeaux26 The Starscream from Minecraft Relationship Status: [TOP SECRET]

I do have my own possible image from the DCU unless this one is also on another page. 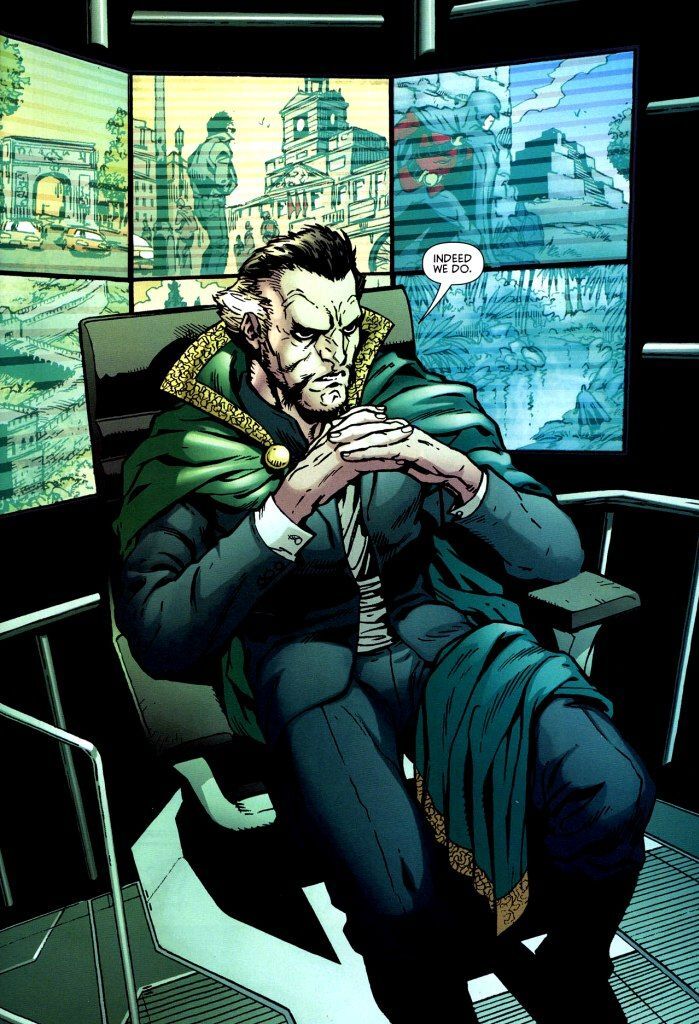 Whether or not it's already used, it's cool nonetheless.

Yeah, crazy to see two socks in one day.

ah so it is, didn't know about that page.

How do I do the image links thing? I've never done that before.

I can do it for you if you'd like - copy the image text into a new post and put the [==] brackets around it so it just shows up as text, I can show you how to do it

The one you just posted

I have, in fact, faced two vampires myself. Under controlled circumstances, of course.
Snowy66

Oh cool thanks! The uncropped one or the one I just posted?

And then you get this:

I mean, the Monster page is still at Monster.DC Universe, so I don't think a full switch is technically necessary

I have, in fact, faced two vampires myself. Under controlled circumstances, of course.
Ordeaux26 The Starscream from Minecraft Relationship Status: [TOP SECRET]

Honestly, I think we should just move the page there that is the title that used for the entire franchise on the rest of the site don't see why we don't do it. Same with Marvel being changed to Marvel Universe.

Ooh okay thanks! And it goes to this page?

Well wait until it gets a certain number of votes first, and then when that's done, I guess put it in the drafts for now? The main image page is getting locked soon, so we shouldn't circumvent that

I have, in fact, faced two vampires myself. Under controlled circumstances, of course.
Snowy66

DocSharp from the long lost land of Canada

Wait time out, does Pantheon even factor in for image picking? I was under the impression that was Just For Fun stuff that doesn't affect other site matters, especially since Pantheon tends to use duplicate images like... all the time.

As for the Lex pic, I like it and I think with some fixing it could look good at wiki size if we really wanted it to. Ra's looks good too.

Anyways, thought I'd try my first ever comic book candidate, and got a very bizarre one. First the work, a crossover comic from the "DC meets Looney Tunes" series: Batman vs Elmer Fudd (yes you read that sentence right).

What is the work?

Batman Vs Elmer Fudd is a crossover story that nobody asked for, but everyone should read. It gives a Darker and Edgier reimagining of Elmer Fudd and several other Looney Tunes characters (including: Bugs Bunny, Porkey Pig, Yosemite Sam, Foghorn Leghorn, Sylvester, Tweedie Bird, Daffy Duck, Marvin the Martian, and Taz) as human crooks and lowlives who reside in Gotham. Their usual animal features are instead made into humans with gimmicks, such as Bugs now being a human with buck teeth and a fondness for carrots. They are all however still recognizable from their trademark catchphrases.

Elmer Fudd himself is reimagined from an incompetent rabbit hunter to a lethally efficient hitman. He is also given an Adaptational Badass upgrade, being far more smarter and can go toe to toe with Batman himself.

But Elmer is not the candidate, that honor goes to Elmer's love interest, Silver St. Cloud (yes Batman's Silver).

Who is Silver St. Cloud and what has she done?

Silver St. Cloud is the same socialite from Gotham, who in this continuity once dated Elmer. But one day he comes home and finds that she has been murdered. All that's left is a pool of blood and a half chewed carrot, so the perpetrator points to Bugs Bunny.

Elmer tracks Bugs down to the pub that all the Looney Tunes characters hang out, interrogates the bunny and upon Bugs confirming it was him, Elmer lets him finish his last meal before he kills him. However Bugs bargains for his life by telling Elmer that he was paid to kill her, informing Elmer the one who paid him was none other than Bruce Wayne. Allowing Bugs to live, Elmer tracks down his new target.

Elmer crashes a party Bruce Wayne is attending and guns him down then and there, but secretly being Batman he survives the shot. Batman then tracks Elmer down to his home, but before Batman can sneak up on him, Elmer is alerted to his presence and gets in a back shot. The two of them fight quite evenly, until eventually Elmer blurts out that Bruce Wayne deserved to die. From here they talk and Batman discovers Elmer believed Bruce killed Silver, but Batman affirms that neither is true. So the unlikely two team-up to discover the truth.

Batman and Elmer return to the pub, where Batman's presence is not welcomed among the lowlives. Batman and Elmer then proceed to beat up all the Looney Tunes thugs, before finally getting to Bugs and demanding to know the truth about Silver St. Cloud. However before Bugs can say anything, a woman's voice answers for him.

It is Silver herself, revealed to still be alive and explains what she did. She at different points had separately dated both Bruce Wayne and Elmer, but found out about both of their violent double lives and wanted no part of the danger herself. So she hired Bugs to fake her death, in order to leave their lives. Then if Elmer came looking for him, she tells Bugs to send him to Bruce instead, as the two violent men would keep each other preoccupied. She then departs the bar, leaving all three men behind in surprise.

How is Silver magnificent?

She manipulates both Elmer and Batman into fighting one another, while using Bugs as the intermediate messenger. Her plan works perfectly and she gets exactly what she wants, being split away from the two violent men she used to love.

No problem with personality, as her dialogue is as charming and affable as can be. She also loved both men at different points, just didn't love the violence.

Is she a Bitch?

She fakes her own death to break the heart of her former lover, then manipulates him to gun for her other former lover where they could very likely have killed one another (Elmer nearly did if Bruce hadn't survived the shot). So yep, she passes the Bastard line.

Not too sure where an entry like this would go to though due to being a crossover. But you guys understand it better than me.

Scraggle I'm just a teenage dirtbag, baby from Calgary Relationship Status: THIS CONCEPT OF 'WUV' CONFUSES AND INFURIATES US!

Yes to Silver. It could go in DC, mayhaps?

Youre not gonna slow it, heaven knows you tried. Got it? Good, now get inside.
jjjj2 A man who inflicts suffering can't rest.

You can only write so much in your forum signature. It's not fair that I want to write a piece of writing yet it will cut me off in the mid
Bullman "We'll meet again Spider-Man!" Relationship Status: Longing for my OTP

So we are discussing cutting all the FS ones on the CM side. I figured we should discuss that here to. If we cut them there I feel like we should probably here as well.

Ah so under other continuities maybe?

Fanscription? Uh, I know nothing about them so I'll probably stay out of this one