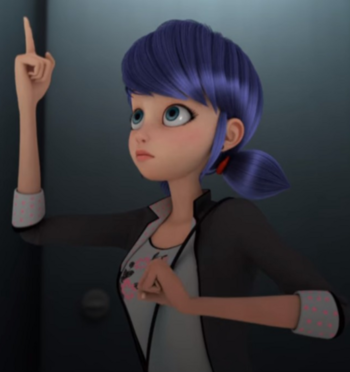 A list of Western animated shows in which characters have unusual hair colors.