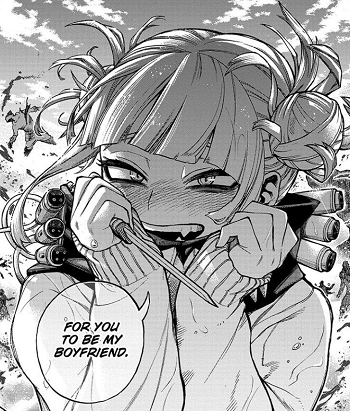 She just wants to take a stab at love.
Click here to go back to the main... no, you can't leave yet!
Advertisement:

Naturally, the term of Yandere is of Japanese origin, so it's not surprising that there are a lot of them in anime and manga. You're so silly, dear~, I may have to correct that with a little punishment...