The horror/fantasy novel by Isobelle Carmody: 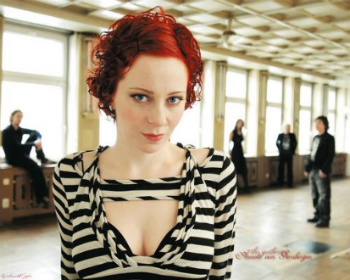 The Gathering: Anneke, and some guys and a girl in the background