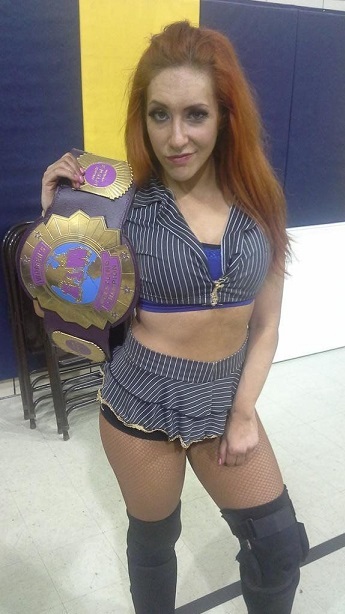 Lindsey Kerecz (born January 1, 1984) is an American Professional Wrestler, manager and attorney from Providence, Rhode Island as Veda Scott. She debuted in 2011 after training under Delirious and Daizee Haze in various New England independents. She is best known for her work for Ring of Honor.

Along with her AIW Women's Title run, she is a former AIW Tag Team Champion

with Gregory Iron as Hope and Change, she was the inaugural Inspire Pro XX Division Champion

, she was the last-ever FWE Women's Champion