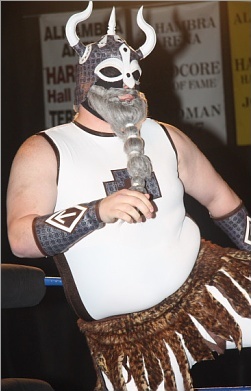 Tursas is an American Professional Wrestler best known for his work in CHIKARA from 2009-2011, and again in 2014. He debuted in 2009 as Klondike Kremlin, and officially arrived in CHIKARA at the end of the year. While he never won a title, he, Ares and Claudio Castagnoli were the 2010 CHIKARA King of Trios.