Wrestling / The Proletariat Boar of Moldova 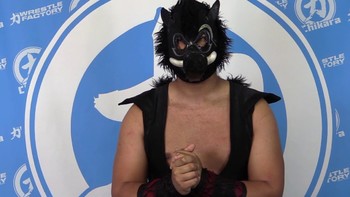 "THE BOAR IS WAR"

The Proletariat Boar of Moldova is an American Professional Wrestler from Hampton, VA best known for his work for CHIKARA. He debuted on June 22, 2013 at WiF! Potassium is 9/10ths Of The Law teaming with Mr. Azerbaijan in a victory over The Spectral Envoy (UltraMantis Black and Frightmare). He wrestled for the different Wrestling Is... promotions, VWAA and Excellence Professional Wrestling before officially arriving in CHIKARA in 2014. He has wrestled for a variety of independent promotions ever since.