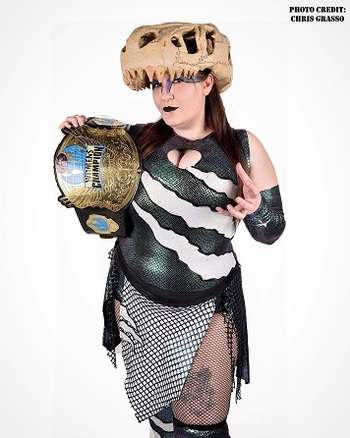 Samantha Cohen (born June 26, 1990) is an American Professional Wrestler from Las Vegas as Terra Calaway. She debuted as a manager in 2011 and worked primarily in West Coast promotions, and has worked all over the U.S. since.

and a former UPWA Women's Champion