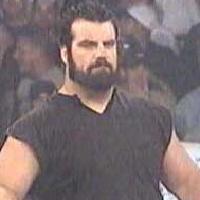 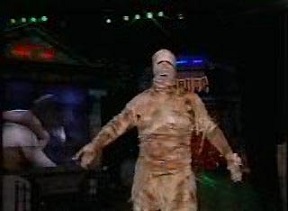 Ronald Allen Reis is a retired American Professional Wrestler from San Jose, California best known for his work in WCW from 1995-1998 as The Yeti and Reese. He was trained by Big John Studd and debuted in 1994 in the New England independent scene. He was introduced to WCW audiences at the end of the October 23, 1995 WCW Monday Nitro. The episode had started with the Master of the Dungeon of Doom making a dramatic announcement about how the Sherpa guides had dug out a "thirteen-ton of ice" that contained the Dungeon's "insurance policy." This was followed by "Mean" Gene Okerlund interviewing "The Taskmaster" Kevin Sullivan and the Giant, with Sullivan explaining how his "fatha" had gone with the Sherpa guides to get the Yeti, which would be the insurance policy for the Giant's match with WCW World Heavyweight Champion

Hulk Hogan that Sunday at WCW Halloween Havoc. As Hogan brawled with the Dungeon after the main event, the floor began shaking and the last image on the screen was of the Yeti breaking out of the ice. At Halloween Havoc, Hogan's manager Jimmy Hart turned heel on him. Randy Savage and Lex Luger ran down to the ring ostensibly to help Hogan, who was trapped in the Giant's Bear Hug, only for Luger to turn on Savage. Then the Yeti lumbered down to the ring and he and the Giant did the infamous double-bearhug spot. The Yeti gimmick was abandoned immediately after this. For the 60-man 3-ring battle royal at WCW World War III in November, Reis was repackaged as the Super Giant Ninja. (See Commuting on a Bus below.) He left WCW altogether in June 1998 for New Japan Pro-Wrestling. He returned to the U.S. in 2003 to compete for Dusty Rhodes' Turnbuckle Championship Wrestling in Georgia. His last in-ring appearance was as "Evil" in Vince Russo's Christian-themed Ring of Glory promotion in 2005. He is a 1x TCW Tag Team Champion