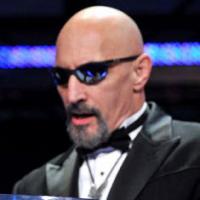 Paul Ellering (b. August 22, 1953) is an American Professional Wrestling manager and former wrestler. He debuted in 1978 and wrestled for the American Wrestling Association, various National Wrestling Alliance promotions, the CWA (Memphis) and in Japan. He is best known as the manager for The Road Warriors.

As for his in-ring achievements, he is a former AWA Southern (Memphis) Heavyweight Champion

with Terry Latham, and he and The Road Warriors were inducted into the WWE Hall of Fame in 2011. In 1984, Pro Wrestling Illustrated named him "Manager of the Year."