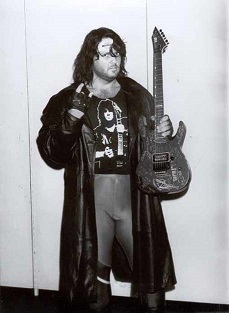 Daryl Peterson (born October 3, 1961 in Salt Lake City, Utah) is a retired American Professional Wrestler and actor best known for his time in WCW in 1993-1994 as Maxx Payne. He started his career in 1987 after training with Red Bastien and went off to New Japan Pro-Wrestling. He also competed in Jerry Lawler's CWA (Continental Wrestling Association) in Memphis and for the CWA (Catch Wrestling Association) in Austria/Germany. He made his PPV debut as a Heel in a losing effort against Dustin Rhodes at WCW SuperBrawl III. He also competed briefly for WWE in 1995 as Man Mountain Rock. He is a former 2x CWA (Memphis) Heavyweight Champion

as Buffalo Patterson. He has also acted in movies and TV shows such as Touched by an Angel and The Substitute 3: Winner Take All.

Has nothing to do with Max Payne.