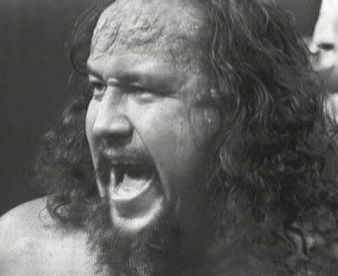 "That's not a man! That's a committee!"
—Moe Howard, The Three Stooges Go Around the World in a Daze

Curtis Piehau Iaukea III (September 15, 1937 – December 4, 2010) was an American Professional Wrestler and manager from Honolulu, Hawai'i as King Curtis Iaukea. He debuted in 1962 in Hawaii and wrestled all over the world. Along with Hawaii, he particularly made his name in Australia, Vancouver, the WWWF, All Japan Pro Wrestling, and various National Wrestling Alliance territories. After retiring from active competition in the 1980s, he worked as a manager, particularly in Florida as a member of Kevin Sullivan's Army of Darkness, and also as the Wizard in WWE in 1986-1987 as the manager of Kamala and Sika. His last run was as the Master of the Dungeon of Doom in WCW in 1995. Among his in-ring achievements, he was a 1x WWE World Tag Team Champion

, and he was inducted into the Wrestling Observer Newsletter Hall of Fame in 2011.