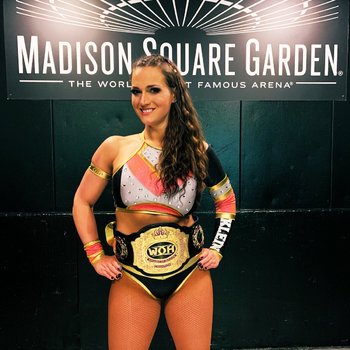 Kelly Klein (b. January 28, 1986) is an American Professional Wrestler from St. Louis, Missouri best known for her work for Ring of Honor. She debuted in 2006 after training under Les Thatcher, Cody Hawk and Jimmy Wang Yang as "Mary Elizabeth," later changed to Mary Elizabeth Monroe. She wrestled for years in Midwestern and southern independents, including Olde Wrestling, Cleveland All-Pro Wrestling, AAW, AIW, and OVW. She arrived in ROH under her own name in 2015.

She is a 2x ROH Women of Honor World Champion

, and a former and the inaugural EMERGE (Indiana) Women's Champion