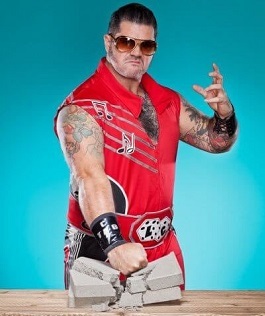 "Juke Joint" Lucas Calhoun is an American Professional Wrestler from Richmond, OH best known for his work for CHIKARA. He arrived in CHIKARA in 2014 as Volgar, a follower of Jimmy Jacobs' in The Flood, the amalgamation of Heel groups out to destroy CHIKARA and led by Deucalion. After the Flood was dissolved, he drifted until Kevin Condron told him that he knew his secret, leading to him unmasking and reinventing himself as Calhoun. He has yet to hold a title.

He has no known connection to Haystacks Calhoun.