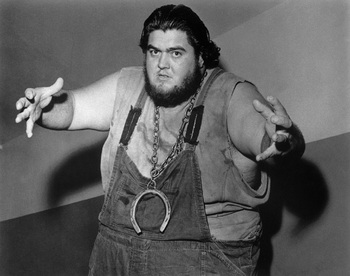 He started in 1955 as Country Boy Calhoun, working various territories. He got the "Haystacks" name after an appearance on Art Linkletter's House Party where he demonstrated his strength by tossing bales of hay into a high loft. He competed for many National Wrestling Alliance territories, for New Japan Pro-Wrestling, and for the then-WWWF. He was an early television star and a significant box office draw.