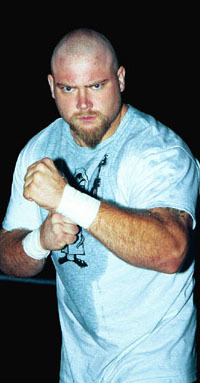 Donald Haviland (December 7, 1973 – December 5, 2015) was an American professional wrestler as Hack Meyers. He debuted in 1990 and worked for many independent promotions, having his most famous run in ECW. However, he found his greatest success in Florida.

Among his in-ring achievements, he was a 1x FOW Tag Team Champion

with Dave Johnson and a 1x ACW Combat Champion