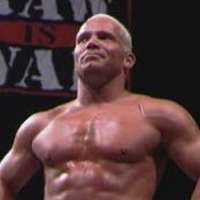 Michael Lockwood (August 25, 1971-November 6, 2003) was an American Professional Wrestler from Anaheim, California best known for his time in WWE as Crash Holly. He debuted in 1989 as Johnny Pearson in Bay Area Wrestling, and also competed for All Pro Wrestling, Big Time Wrestling, ECW, Ohio Valley Wrestling and Power Pro Wrestling (Memphis), arriving in WWE in 1999, and staying until 2003. Along with his teaming with Hardcore and Molly Holly, he and Shannon Moore were Matt Hardy's followers during Matt's "Mattitude" run on WWE SmackDown. He also wrestled for TNA as Mad Mikey, and for other independents. He died in 2003 of a drug overdose.

As for his in-ring achievements, he was a 22x WWE Hardcore Champion