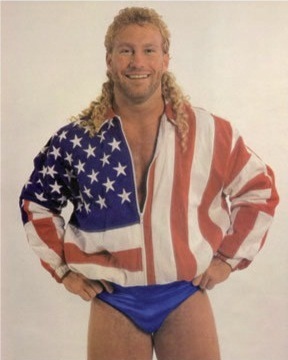 Robert Bradley "Brad" James (June 15, 1962 – November 1, 2012) was an American professional wrestler, better known by his ring name, Brad Armstrong. He is best known for his appearances with Jim Crockett Promotions and its successor promotion World Championship Wrestling. He died of an apparent heart attack on November 1, 2012.