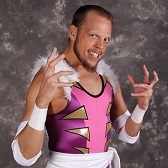 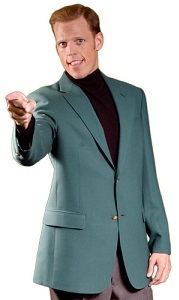 Robert Evans (born October 19, 1983) is a Canadian Professional Wrestler, manager and producer known for his work for a variety of promotions as R.D. Evans and for CHIKARA as Archibald Peck/Mixed Martial Archie/The Mysterious And Handsome Stranger/The Latvian Proud Oak. He was trained by General Skandor Akbar and Slam Shady and debuted on February 10, 2001 for a Super Stars of Wrestling (SSOW) show in Texas. He arrived in CHIKARA in 2011 as part of March Madness with his majorette Veronica Ticklefeather, (yes, Archie and Veronica). During his run, he was involved in a big storyline where he claimed that Eddie Kingston hitting him with the Backfist to the Future sent him to the year 2015 where he found a sports almanac that predicted his future victories. (See Stable Time Loop below).

Among his in-ring achievements, he is a former ACW (Texas) Heavyweight Champion