Would Hurt A Child / Live-Action Films 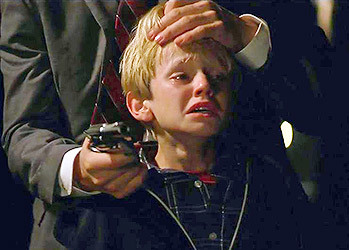 "Tell your boy it's going to be all right, Gordon.
Lie, like I lied."
Advertisement: