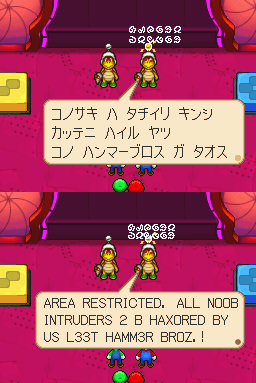 A subset of Woolseyism; named for a video game translator, it's only natural that there'd be a whole lot of examples!

Genres with their own page: