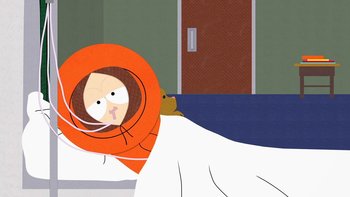 "I can't see him like that, Kyle! All those hoses and wires. He's a kid, dude! He's supposed to be running around and laughing!"