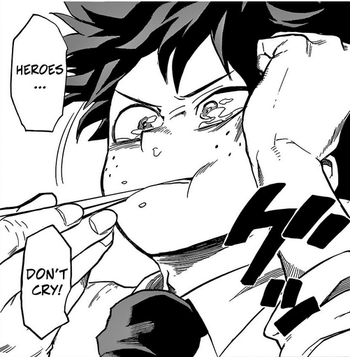 No. Maybe heroes also have times when they cry.

The world of My Hero Academia is quite an unforgiving one. Plenty of characters face this harsh world on a daily basis and some are even worse off than others.

Note: Spoilers for the anime will be unmarked.