"It's a big damn multiverse."
— "Holbenilord" 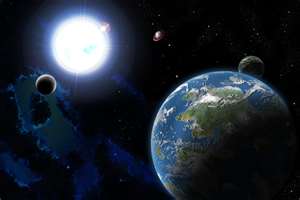 Multiverses Wiki is a wiki based around the creation of a fictional multiverse by its contributors. Universes, planets, species, technology and more are added- it has 1775 articles as of the 15th August 2012, and was founded on the 27th May 2011. A major part of the wiki is fiction, and there are dozens of stories on the site based upon the creations within.