What Do You Mean Its For Kids / Western Animation 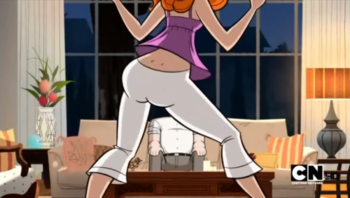