What Could Have Been / X-Men Film Series 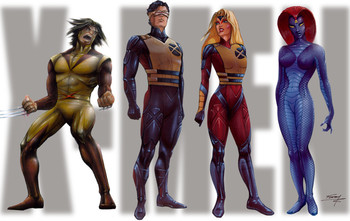