What Could Have Been / Mega Man 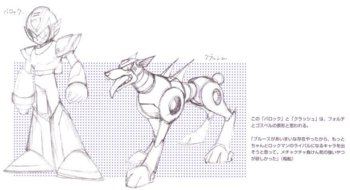 Baroque and Crash, prototypes of Bass and Treble