What Could Have Been / Left 4 Dead 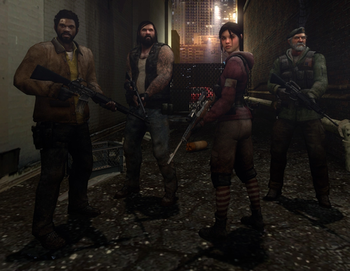 The original appearances of the survivors from the first game.