What Could Have Been / League of Legends 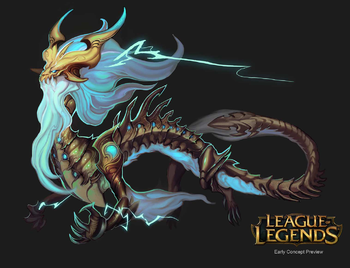 With over a decade of development and constant updates, it's no surprise that many concepts in League of Legends — from champion designs, to gameplay ideas, to entire derivative projects — have never seen the light of day, only some of which are even publicly disclosed.