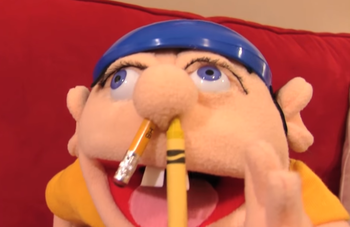 The most idiotic person in the world.

Oh, where to start?