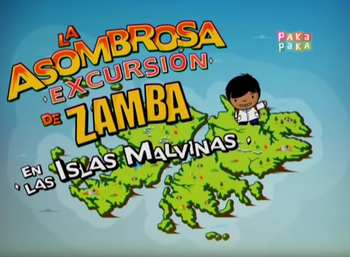 What do you get when you cross an educational film with a War Is Hell theme?
Advertisement:

A 2012 Argentine cartoon about a kid named Zamba time traveling to the Falklands War in an old Argentine fighter plane from a science museum. Along the way, he learns about why the war happened, who ruled Argentina at the time, and how bad it was fighting there.

This short film provides examples of these tropes: