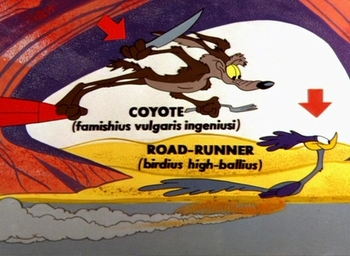 After an unsuccessful chase with a rocket and a fall down a canyon, Wile E. Coyote devises new plans to get the Road Runner on his menu, like a plank and a rock, a Sniper Rifle (with a trampoline for support), a huge rubber band tied between two rocks, fireworks inside a barrel, a high wire structure while donning a helmet with a caster wheel, TNT rigged below a bridge, and finally, ACME Tornado Seeds.