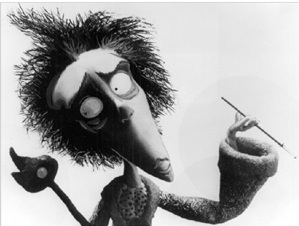 Vincent is a short stop-motion animated black-and-white film created by Tim Burton, one of the earliest films he made before he was famous. It tells the tale of Vincent Malloy, a seven-year-old boy who wants to be just like Vincent Price. The short is narrated by Price himself, and has no dialogue other than the narration, the reported speech of Vincent's mother notwithstanding.

Frequently included on home video releases of The Nightmare Before Christmas (beginning with the Limited Special Collector's Ultimate Edition Laserdisc).