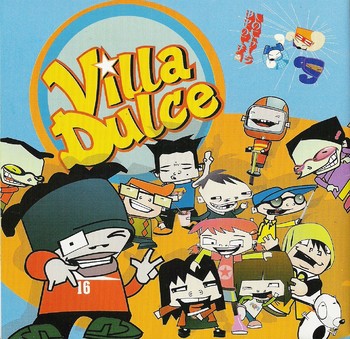 "The land of eternal Sunday"Translation "La tierra del eterno domingo" is written in the billboard who welcomes to the town of Villa Dulce, but it not convinced Sonia, the granddaughter of the mayor of the town, Epifanio Toscano. Against her desires, she arrived from Santiago to stay some time in Villa Dulce, believing is a boring town, but she will discover that Villa Dulce isn't as boring as she thought. As Jerson said to her in the same day she arrived, in Villa Dulce, there are always happening things, and the adventures of the kids in the town such as Melón, Peca, Luiggi, Marlena, and the rest of the gang, prove that.

It lasted two seasons. It has also two specials: The first one, who serves both as a Recap of the first season as well as the finale of that season, and "Dulce Navidad", a christmas one.

As of May 2020, it is airing on TV Educa Chile, and the entire first season