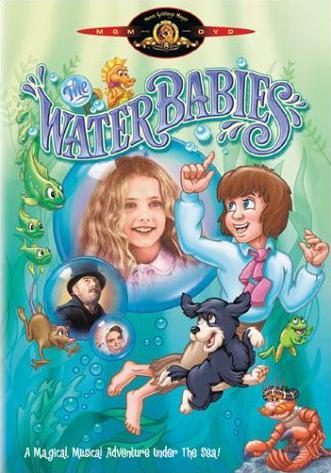 The Water Babies is a 1978 live action-animated feature film, very loosely based on the classic children's novel The Water Babies, A Fairy Tale for a Land Baby by Charles Kingsley.

When Tom, a 12-year-old Victorian chimney sweep, is framed for stealing, he makes a run for it and ends up jumping into a violent river. There he encounters a civilization of anthropomorphic underwater creatures. Before he can return to the surface and clear his name, however, he must help rescue his new friends, the Water Babies, from an evil shark who bears a striking resemblence to his cruel master, Mr. Grimes.

The Water Babies provides examples of the following tropes: