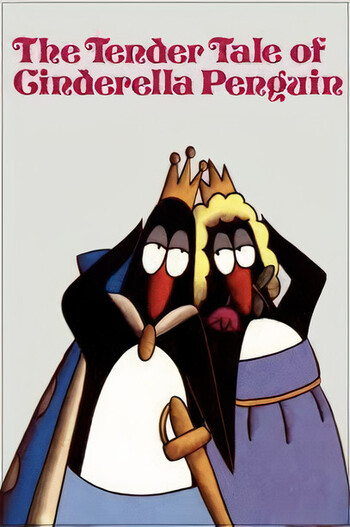 The Tender Tale of Cinderella Penguin is a 1981 animated short film (10 minutes) directed by Janet Perlman, produced by the National Film Board of Canada.
Advertisement:

It is, of course, the story of Cinderella. Cinderella is basically a slave, cooking and cleaning for her wicked stepmother and two wicked stepsisters. The prince of the kingdom invites everyone to a ball, but Cinderella's stepmother won't let her go. Luckily, however, a fairy godmother intercedes on Cinderella's behalf, using magic to give her a coach and a beautiful dress....

What makes this different? The title gives it away: all the characters are penguins.

You can see it on the NFB's official Youtube channel here