Western Animation / The Princess and the Goblin 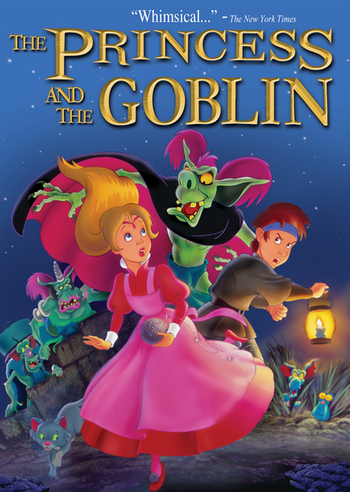 The Princess and the Goblin is a 1992 children's fantasy film based on the novel by George MacDonald. It was directed by József Gémes, and was jointly animated in Hungary and Wales.
Advertisement:

When a peaceful kingdom is menaced by an army of monstrous goblins, the brave and beautiful Princess Irene joins forces with resourceful peasant boy Curdie to rescue the noble king and all his people. The lucky pair must battle the evil power of the wicked goblin prince armed only with the gift of song, the miracle of love, and a magical shimmering thread.