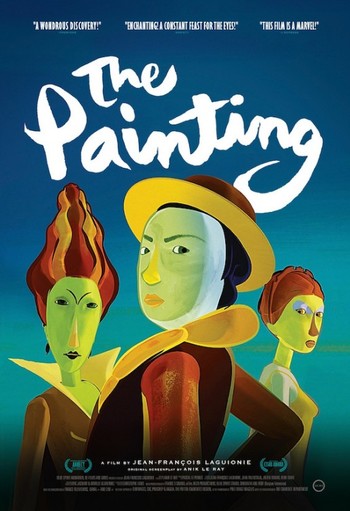 ”The Painter is going to come back. And if he doesn't, I'll go to the ends of the Earth to find him. He'll finish the painting.”

The Painting (Le Tableau) is a 2011 French film, directed by Jean-François Laguionie. It incorporates both animation and live action.

The film begins in an unfinished painting where there are three classes: the Alldunns, the completed characters; the Halfies, the partially colored-in ones, and the Sketchies, who are little more than, well, sketches. With tensions growing among the groups, Ramo, Lola and Plume travel to beyond the borders of the painting, in search of the mysterious painter, who had abandoned them long ago.