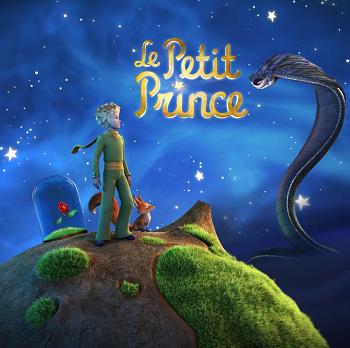 The Little Prince (Le Petit Prince) is a French animated TV series with 52 episodes of 26 minutes length, produced by Method Animation in 2010, adapted from the eponymous book by Antoine de Saint-Exupéry.

More determined than ever to sink the Universe into gloom and darkness, the Snake is turning planets off... In order to save them, the Little Prince must leave his beloved Rose behind on Asteroid B-612, and begin a wild chase across galaxy. Hopping from planet to planet with Fox, his faithful friend, the Little Prince thus discovers fascinating worlds ruled either by fanciful, eccentric, preposterous or utopian laws.

Not to be confused with the earlier 1970s Japanese anime adaptation by Knack Productions which was shown on Nickelodeon during the 1980s, nor with the 2015 Film Adaptation The Little Prince.

The Little Prince provides examples of: