Western Animation / The Kids from Room 402 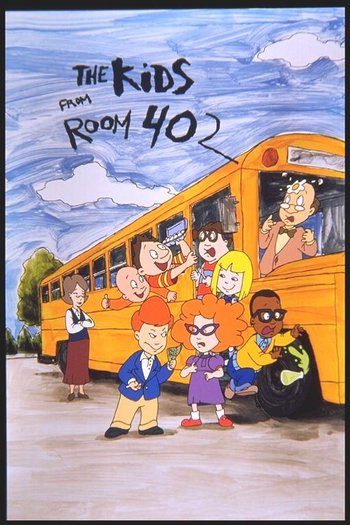 The Kids from Room 402 is a Canadian-American cartoon from CinéGroupe and Saban Entertainment (both of whom had cooperated on other shows like Bad Dog and What's with Andy?). Created for Fox Family and Teletoon, the show is based on the children's book Gracie Graves and the Kids from Room 402, which was written by the mother-son team of Betty and Michael Paraskevas (the creators of Maggie and the Ferocious Beast and Marvin the Tap-Dancing Horse).

The Kids from Room 402 is about exactly what the title suggests - the problematic and mischievous elementary school students of Room 402, who are taught by Miss Gracie Graves. Quite possibly the only teacher in the entire school capable of controlling the eponymous children, Miss Graves serves as an interlocutor for the dozen or so kids she taught as they deal with various problems, conflicts, and injustices both internal and external.

The series ran for 2 seasons with 52 episodes debuting between 1999 and 2001. Unusually for a Canadian production, most of the voice cast was American. Also of interest is that every episode of the show was written together by 2 people: Lesa Kite and Cindy Begel.