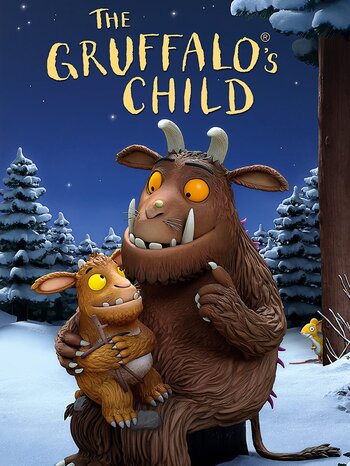 The Gruffalo’s Child is a 2011 25-minute animated Short Film directed by Johannes Weiland and Uwe Heidschotter, It is a sequel to The Gruffalo and part of a series of adaptations of Julia Donaldson's children's books by The BBC, a series that includes The Highway Rat, Room on the Broom, The Snail And The Whale and Zog.

The voice cast includes Helena Bonham Carter as Mother Squirrel, Shirley Henderson as The Gruffalo’s Child, Robbie Coltrane as the Gruffalo, James Corden as the Mouse, Tom Wilkinson as the Fox, John Hurt as the Owl and Rob Brydon as the Snake.