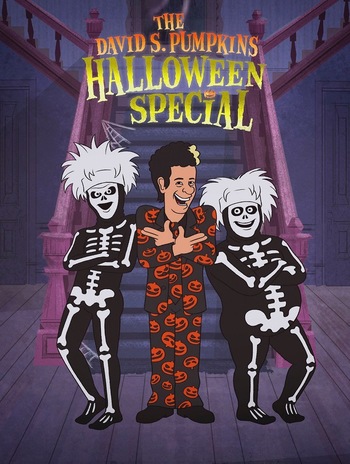 A man named Kevin Miller (Peter Dinklage) narrates the story of his best Halloween ever, when he and his sister Dotty (Spencer Moss) picked a magic pumpkin and brought forth David S. Pumpkins (Tom Hanks), a perpetually-smiling weirdo in a pumpkin print suit of ambiguous origin with vaguely-defined magical powers. With the help of his two skeleton sidekicks (Bobby Moynihan and Mikey Day), David teaches Kevin and Dotty the true meaning of Halloween.