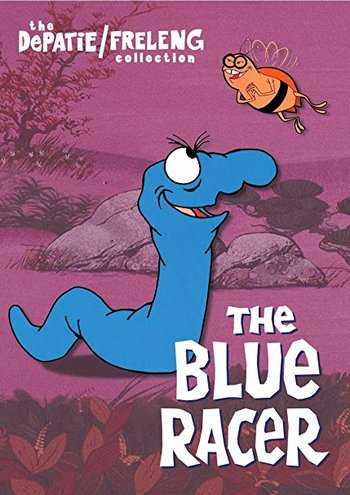 The Blue Racer is a series of 17 theatrical cartoons about a fast blue snake having misadventures or trying to eat a Japanese Beetle.

The studio that animated it is De Patie Freleng Enterprises, except for two done overseas: "Aches and Snakes" at Australia's Filmgraphics studio, and "Little Boa Peep" at Spain's Pegbar Productions.

The Blue Racer provides examples of: