Western Animation / The Ballad of Nessie 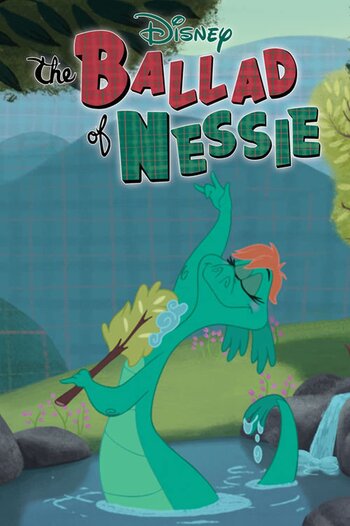 The Ballad of Nessie is a 2011 animated short film produced by Walt Disney Animation Studios, directed by Stevie Wermers-Skelton and Kevin Deters and produced by the same team that made How to Hook Up Your Home Theater.

Narrated by Billy Connolly, the short is Disney's take on the Loch Ness Monster in the form of a gentle creature named Nessie who lives happily in a small pond. But after her pond is destroyed by a greedy land developer named MacFroogle, Nessie is forced to search for a new home. Facing rejection at every corner and constantly told to keep a Stiff Upper Lip, Nessie eventually gives up and cries. However, her tears help provide her with a new home in the newly formed Loch Ness, teaching the lesson on the importance of crying.

This short opened for Winnie the Pooh (2011) and was included on its DVD/Blu-ray release. It is now available as part of the "Walt Disney Animation Studios Short Films Collection".