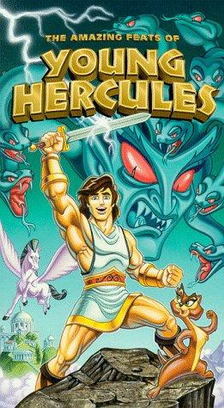 The Amazing Feats of Young Hercules is a 1997 Direct to Video Animated Musical by UAV Entertainment. It tells the story of Hercules, a demi-god teenager, who longs to be free and be just like his father Zeus. Zeus gives him the chance to by giving him four challenges, which he accepts. Along the way, Hercules meets Falina, a talking sable, who becomes his sidekick. She was once a gorgeous human princess, but was transformed by the vindictive Hera.

As par the course for UAV, the film is a mockbuster of the Disney film Hercules.