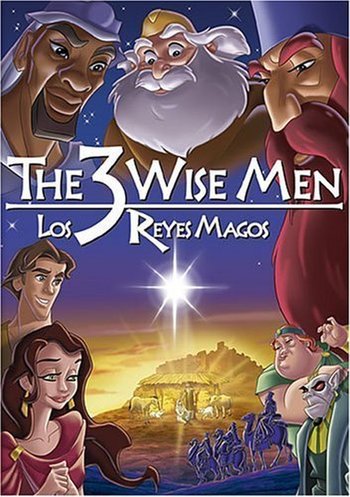 Gold, for those who show their courage. Frankincense, to reward humility. Myrrh, for those who act from the heart.
The 3 Wise Men (Los Reyes Magos in Spain) is a 2003 Spanish animated film produced by Animagic Studios. It tells the story of the journey of the Magi to the baby Jesus and the wrath of King Herod... though this version is a little different from the ones we've seen in the past.
Advertisement:

For starters, the Magi are wizards who know magic, and Herod has a goblin-like minion named Belial. And that's just the tip of the iceberg.

The film was directed by Antonio Navarro who was nominated for a Goya Awards for this film.

The 3 Wise Men provides examples of: